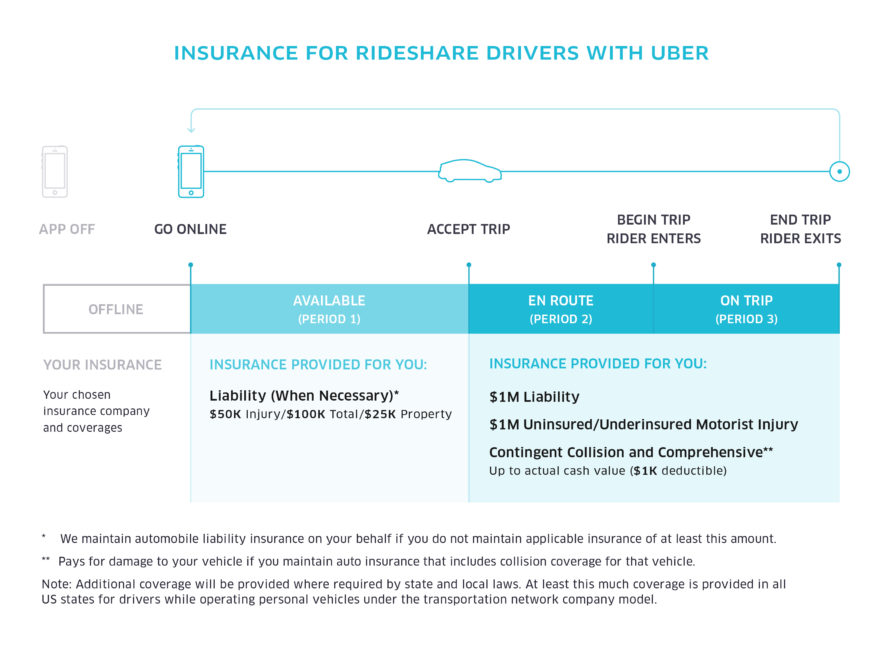 $1 million of liability coverage per incident. Uber holds a commercial insurance policy with $1 million of coverage per incident. Drivers’ liability to third parties is covered from the moment a driver accepts a trip to its conclusion. This policy is expressly primary to any personal auto coverage (however, it will not take precedence over any commercial auto insurance for the vehicle). We have provided a $1 million liability policy since commencing ridesharing in early 2013.
$1 million of uninsured/underinsured motorist bodily injury coverage per incident. In December 2013, we also added uninsured/underinsured motorist coverage. In the event that another motorist causes an accident with a rideshare vehicle and the motorist doesn’t carry adequate insurance, this policy covers bodily injury to all occupants of the rideshare vehicle. This is important to ensure protection in a hit and run.